Your WelcomeMat to Sydney’s Affordable Housing 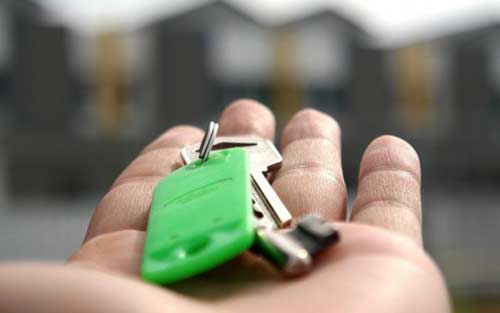 In this interview he also talks about how more people like key workers are finding value in the WelcomeMat platform to find rentals that are closer to work without having to pay the market price which often creates a financial burden on low to medium income earners. Finally, Mark also describes how he came about starting WelcomeMat, as a result of the gaps he identified in the market while working as a property lawyer in Salvation Army.

Willy Russo: (00:00)
Now the words affordable housing in Sydney are rarely seen together. With rental rates of more than 30% of a person's income, technically tipping them into housing stress, that's the situation many renters and particularly students face. Well, there's some good news, many Sydney renters could be eligible for affordable housing, but just not realise it.

Willy Russo: (00:23)
Affordable housing is a category of rental housing that is designed for low to moderate income earners, and it's usually offered at 20 to 25% less than the market rent. Mark Khoo is the CEO and co-founder of WelcomeMat, a new digital platform that for the first time in Australia is matching affordable rental options with eligible applicants. Mark joins us now, good morning, Mark, how are you?

Willy Russo: (00:50)
I'm really well, thank you so much for joining us. Now, what's the difference between affordable housing and social housing commission?

Mark Khoo: (00:58)
Yes. Thank you. I'm glad you made that distinction. So social housing and affordable housing are not the same. So firstly, social housing is available to people on very low to low household incomes. So the people who are eligible for social housing are typically in a very low income bracket, often on the brink of homelessness and on government support.

Mark Khoo: (01:57)
And in terms of how you go about applying for it, applications for social housing are made through New South Wales government's housing pathways, whereas for affordable housing you would apply directly to affordable housing providers-

Mark Khoo: (02:15)
... Which you can do so directly through the WelcomeMat platform.

Willy Russo: (02:20)
How are there affordable housing options out there, are there just some really nice landlords who charge below market rate, or how does that even exist?

Mark Khoo: (02:29)
Yeah, look, that is a good question. Look, there are nice landlords out there, but just to unpack it a bit further, the majority of affordable housing are owned or managed by not-for-profits such as community housing providers. So you may have heard of some of them such as Anglicare, BRIDGE Housings, St George Community Housing, Vinnies, Wesley, and so forth. And some church organizations as well as local councils.

Mark Khoo: (02:57)
In terms of how they're able to deliver them, many are pursuant to a government grants and subsidies, others are delivered through the planning system so for example, if a developer wanted to build a hundred unit block, but they are able to build 10 extra, if they build another five, part of the five is affordable, that's another way. And then some others are just doing it as part of the not-for-profits mission-

Mark Khoo: (03:28)
... In terms of what they're doing. But the private sector also has a role. So there are obviously generous people out there. But on top of that, there are also certain tax concessions, there's a government subsidy program called the National Rental Affordability Scheme so some are providing it through that. And more recently some industry super funds have also gotten involved.

Willy Russo: (03:51)
Oh right. Okay. Now you co-founded WelcomeMat and it's the digital platform and it connects eligible people with affordable housing. What inspired you to work in this space?

Mark Khoo: (04:03)
Yeah, thanks for that question. Look, it's a bit of a personal journey. So my background is as a property lawyer, most recently prior to WelcomeMat, I was a property lawyer at The Salvation Army where I got exposure to many people under housing stress and got to see that firsthand. I was also on the board of an industry peak body called Churches Housing, which is a peak body for faith based housing providers, and I also did the CEO Sleepout a few times.

Mark Khoo: (04:36)
But at Churches Housing we all came to realize that there was no central place for people to find and apply for affordable housing. And then as we explored further, we discovered that there was very low awareness [inaudible 00:04:51] in the community as to what affordable housing is, and that they're actually eligible for it. So for us, it's all about equitable access, for there to be a central place for people to find affordable housing, work out whether they're eligible or not, and then apply for it. So in a broader picture we are keen for there to be a clear, transparent process so that people who need it are applying for it instead of just people who are aware of it applying for it, and that's to help ensure that the affordable housing that's out there is hopefully allocated to people who need it the most.

Willy Russo: (05:36)
Yeah, it's getting to the people who really need it. And just one last question before I let you go, how have you seen the uptake of people using your platform as they become more aware of it?

Mark Khoo: (05:47)
It's been really great. So we soft launched in September last year and we are growing rapidly. So there's been many thousands using our service and that upward trend is continuing. It's helped by the usual marketing and word of mouth, but we've also been grateful for links, for example, to the Department of Communities and Justice website, the Commonwealth Banks Benefits finder app connects to us, many social service agencies are referring to us as well.

Mark Khoo: (06:23)
We're finding that more and more people are recognising what a valuable benefit affordable housing is, and they actually qualify. So just to give an example of people who do qualify, they could be key workers, particularly those at less senior levels, people on [inaudible 00:06:42] wages or lower paying jobs including hospitality and retails staff, could be uni students with jobs as well, community and social workers, those working in yards and so forth.

Mark Khoo: (06:55)
And in terms of what we mean by moderate income, it could be just using a couple with two children as an example, it could be as high as 142,300 and you'd still be eligible. So I think a lot of people are discovering what a benefit it is and they could actually qualify. So more and more and more people are using the WelcomeMat platform and people aren't getting place through the platform.

Willy Russo: (07:24)
Mark, it's really a fantastic initiative. Thank you so much for your time this morning.